The Ruger 10/22 is one of the most popular rimfire rifles among shooters. As a first rifle or as the platform for a dedicated competitive shooting rifle, the uses of the Ruger 10/22 are wide and varied. One problem for many shooters is keeping magazines loaded as avid shooters burn through 22 caliber ammunition rapidly. A good speed loader can be worth every penny it costs. 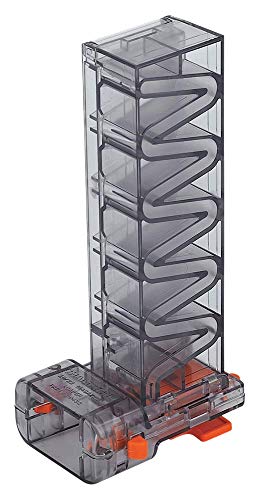 Champion products are not as well-known as some others in the Ruger 10/22 aftermarket accessories industry. However, the Champion entry into the Ruger 10.22 speed loader market is remarkable and fast becoming a favorite among Ruger 10/22 shooters.

Some users did express some problems. The main issues reported as disadvantages of the Champion Ruger 10/22 are: 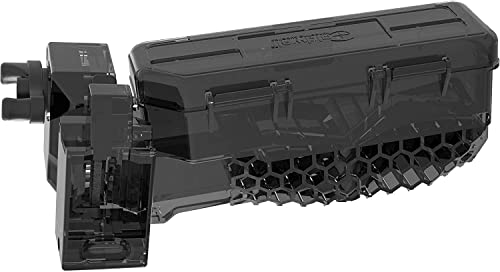 The Caldwell rimfire rotary magazine loader seems to be a “love it or hate it” piece of equipment. The reviews for this speed loader are either highly rated or at the bottom of the scale.  Overall, we like Caldwell shooting accessories and have many in our range kits and on our bench. We have found the Caldwell tools and accessories to be reliable and affordable.

Looking at the features and options afforded by the Caldwell 22LR Rimfire Rotary Magazine Loader attests to what we have found to be true. Caldwell builds good equipment that usually works reliably at an affordable cost.

AS we said earlier, shooters seem to have a love-it-or-hate-it relationship with these speed loaders. Based on shooters comments online, the most common remarks include:

On the other end of the spectrum, the negative comments fall into these categories.

Overall, judging from the user comments, we feel that those who have had a bad experience with the Caldwell 22LR loader didn’t follow the directions. Many positive comments start with acknowledging that you must follow the instructions closely for the Caldwell speed loader to operate efficiently.

Maglula has been developing and selling speed loaders for many years. Their experience in the speed loading field has gained a reputation for quality among shooters. I carry several caliber-specific Maglula speed loaders regularly and have always found them easy to use.

Overall, we didn’t find any comments or remarks that would be classified as a disadvantage of the Maglula Ruger 10/22 speed loaders. Users are overwhelmingly positive about the quality of the construction, the ease of use, and the affordability of these speed loaders for the Ruger 10/22

Our Choice of the Best Ruger 10/22 Speed Loaders Is

Our go-to speed loader for Ruger 10/22 magazines is the Caldwell rotary speed loader. Two factors influence our choice. The first is the capability to load both factory rotary magazines and extended magazines. Loading 5 round magazines is not a particular problem until you need to reload 5 or 10 rapidly to keep up with avid shooters on the practice range.

Secondly, Caldwell’s reputation for excellence and dependability must figure into our decision. We use a lot of Caldwell aftermarket parts and accessories and have been generally pleased with the results.

The unique design of the Ruger 10/22 feed system and its revolutionary rotary magazine have prevented many companies from producing a dependable speed loader for this rifle. The speed loaders we have put on our list represent what we feel to be the most reliable and best-built speed loaders on the market.

Whichever speed loader you choose to pair with your Ruger 10/22, remember that the goal is to shoot safely and have fun. Reliving yourself of sore thumbs and tedious reloads is nice but should not be priorities when shooting.