How to be a Minimalist Prepper: Top 7 Tips

Using the words minimalist and prepper in the same sentence seems to contradict each other.

So much so that it makes one wonder if they can be a minimalist while at the same time being a prepper.

To have a better grasp of this idea it may be helpful to quickly define these two terms.

Definitions of Minimalist vs Prepper

A minimalist is someone who removes excess possessions from their life and tries to live with only what they need.

A prepper is a person who works towards being as prepared as possible for emergencies or disasters by stockpiling supplies, such as food, water, medical supplies, and other tools.

Is there a way to combine these two different lifestyles and become a minimalist prepper?

I believe there is.

On the surface, a minimalist and a prepper appear to be complete opposites. But I believe there is one common thread between them, reducing stress.

A minimalist accomplishes this by not having as many physical items. Having a lot of stuff can weigh a person down, be a source of distractions, as well as any financial aspects involved.

A prepper reduces stress by obtaining emergency supplies to be prepared for when something bad happens.

As a prepper, it is reassuring to have years’ worth of food, water, and other supplies but it can also be a little taxing.

Those supplies require space, your attention, and possibly maintenance, and upkeep not to mention the financial side.

I have been what you might call a full-blown prepper in that I have had a lot of stuff. I have also been on the opposite end of the spectrum and owned a small number of items.

Having lived both ways as it relates to this topic and, in my opinion, there is something to be said about that old saying, “less is more.”

If you are finding yourself stressed or wanting to live a simpler lifestyle, here are some suggestions to become a minimalist prepper.

There are many things a person can do to accomplish being a minimalist prepper but here are a few broad suggestions I have made to people over the years.

This is the first area that needs to be addressed and if you are honest with yourself, this process can help you to scale back a lot.

Grab a pen and a piece of paper and draw two columns. Label one column “needs,” and the other column “wants.”

Now start going through what you have or what you think you need to be prepared and place that item in the appropriate column.

It is good to have backups within your supplies but at what point does it change from being a backup to having an excess number of items that may never be used?

I’ll give you a personal example that is also a common one among many preppers.

A knife is one of the most important tools to have and there are not many of us out there that have only one.

A knife is so important that having a few backups is a great idea.

But I have known many people, including myself, that have way more than just a few. Most of those knives will never be used seriously and thus turn into a collection. And this happens with many different items across our supplies.

Trading in single-use items for ones that have multiple functions helps to reduce the overall number of items you have.

People who have a BOB or an outdoor pack are probably already doing this because it reduces a bag’s weight.

For example, there are emergency radios that have serval functions on them such as an AM/FM radio, emergency/weather radio, flashlight, and can be used as a charging station for a smartphone. This turns four devices into one.

Another example would be to have a Leatherman style multitool that combines ten or more tools into one package. 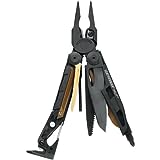 However, there can be one catch to this approach.

Single-use items are usually more durable and of higher quality which can be lost on items that pack many different functions.

But if you take the time to thoroughly research products, quality multipurpose items can be found.

This section is somewhat similar to the above but is also slightly different. A modern bug out bag is full of modern conveniences, and single-use tools.

Many of them are helpful and do offer a level of security but are not necessities. This may sound a bit hypocritical but here is an example.

A GPS device is incredibly useful, and I often tell people they should use them due to their effectiveness and ease of use.

But they can be expensive and like all technology, they can fail. They are dependent on a network and require a power source.

Whereas a simple map and compass are affordable, will

In a true survival situation or a long term SHTF event, all these conveniences will fade away, forcing us back to the basics.

Therefore, I often suggest looking to history and see what people such as Native Americans or the long hunters carried with them to survive daily.

They carried fewer items than we do now because those items were incredibly durable, were taken care of, and had several different uses.

This suggestion may ruffle a few feathers but again, remember to be honest with your assessment.

If you own a vehicle or more than one, take a moment to consider if you need it.

Most of us, including myself, cannot fathom not owning a vehicle because we are always busy and do not live close to our jobs or stores that sell the necessities.

Owning a vehicle is also deeply ingrained in our culture.

But take into account where and how you live, and a vehicle may not be as necessary as you think.

This is especially true of urban areas where one could trade in a vehicle for public transportation, a bicycle, or even walking.

Getting rid of a vehicle can save money and reduce stress because they require a person to:

Do not get wrong, I am not saying that any of the above are negative reasons to own a vehicle, but a lot of time and money is put into owning one.

Depending on how you wish to live, a person can go without this major item.

When talking about survival situations there is a pyramid diagram that describes the relationship between knowledge, skills, and gear.

The size of each section represents its level of importance.

Gear is great to have but it may not always be available and without the skill and knowledge to use it, gear is worthless.

Knowledge and skills weigh nothing and can never be taken away from you. And of course, without the will to survive, the above two sections do not matter.

Simply put, focus more on obtaining knowledge and practicing skills over the pursuit of buying more and more stuff. Of course, have the basics of what you need but you should have more knowledge and skill than gear.

Obtaining knowledge costs nothing but your time. Practicing some of these skills may cost nothing while others may require a small investment.

But the amount of money invested will quickly pay itself back because self-reliant skills are important life skills.

Here are some great topics to learn about as it relates to preparedness or survival situations.

Slow down and Focus

Nowadays, many people are constantly on the go, multitasking at every turn and looking for the next task that will provide instant gratification.

By slowing down and focusing on the simple joys of life you may discover that many of the needs in our lives are wants that are both burdensome and stressful.

A great example is a smartphone. I could make the argument that most of us do not need one. Sure, we need a phone to call friends, family, or help in the case of an emergency.

But almost all the other functions of a smartphone we do not need in our pocket 24/7. They are a convenience at best and a major distraction at worst.

Living off the Land

I think this is the ultimate answer to becoming a minimalist prepper.

Yes, if you buy land you will need tools and equipment to raise crops or livestock but it is a much simpler way of life compared to modern standards.

Please note that I used the word simpler and not difficult, as that is an important distinction.

It is simpler because if you want to eat you grow, raise, hunt or fish to get your food versus working at a job to make money to buy a car to travel to a store to purchase food that may not be the healthiest option.

However, it is more difficult because it requires more physical exertion and time on your part.

Many of the tools needed for this lifestyle will last a lifetime if used and maintained properly.

Deciding to become a farmer or homesteader if you will, concentrates your focus down to your immediate area and what needs to be accomplished daily to live and survive.

This means a person will be busier taking care of what needs to be done rather than filling some void with additional things.

Being a minimalist prepper may not look the same as being a true minimalist, but it certainly offers a lifestyle that may be simpler and less stressful.

My final thought on the matter is this. Make sure you have the basics i.e., food, water, medical supplies, emergency plans, pertinent tools, a BOB, and the abilities to continuously take care of yourself and others.

Once your bases are covered you can then decide how much of a minimalist you wish to be.

Thanks for reading and stay prepared but possibly with a little less stuff.

Are you a minimalist prepper? Sound off in the comment section below and let us know about it!