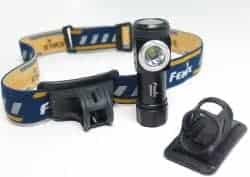 Make no mistake about it: flashlight technology has improved leaps and bounds in these past few years, with the availability of powerful lithium-ion batteries, small circuits, and LED bulbs that last tens of thousands of hours and produce ridiculous amounts of bright white light, all while sipping juice from the power supply.  Halogen and krypton… Read More Since smartphones are often considered almost as important as knives, guns, and flashlights as part of a personal EDC, it’s time to consider other technologies beyond the usual stuff. Surefire is always full of bright surprises just as they are loaded with cutting edge technology to serve our lighting needs whether reading a map or clearing… Read More

When I run out the door at night, I alway grab a light. Whether to a store, a walk around the block, or out for the evening, an electric torch rides in my left pocket, a knife always in my right. And both are always of the highest quality.  Two torches that have the most… Read More Many folks these days are not interested in single-function devices whether a watch that just tells time, a phone that just makes calls, or a flashlight that just, well, flashes light. So enter Celestron, a company known for telescopes and innovation. Celestron is now exploring the market of creative tools that improve your chances of… Read More