The ability to make fire on command is one of mankind’s oldest and most important skills. It literally lit the way for us to progress as human beings. By looking at the rules of three for survival, you get a glimpse as to the importance of what fire can do for us.

Given the importance of having fire in a survival situation, I have always carried multiple items with me in which to get a fire going. Personally I have a three-tiered system and matches fall into the middle category. They are one of the cheapest, fastest and easiest ways to get a flame. Matches in of themselves are quite simple but there have been modern innovations that have made them more effective, especially for outdoor use.

When selecting survival matches there are several factors that must be taken into consideration before clicking ‘add to cart’. At a quick glance, here are our top picks:

What To Look For In Matches?

Paper matches are the smallest and the cheapest in terms of cost. They come in a booklet and the match body is made from paperboard. Because of the paperboard they are extremely vulnerable to moisture and are very flimsy to use. I would pass on these as survival matches.

These measure in at a little over one inch long. They come in a compact box that fits nicely in a pocket or pack. The body of the match is made from wood which can be used as additional tinder. With a low burn time coupled with a small wood body that tends to snap during striking, I wouldn’t consider these a good choice for survival uses.

These are basically the same as penny matches only longer, measuring in at a little over two inches. I carried these around for years in my pack or vehicle but again they have a low burn time and are susceptible to the elements

Most matches that are labeled as survival matches measure in at four inches or longer. They are also advertised with some attributing quality such as being waterproof or stormproof. Survival matches tend to have a much longer burn time and when lit, almost look like small flares.

The head on long matches resemble kitchen matches with the noticeable difference of the wood body being much longer. They can vary in size and thickness but the ones I had lying around the house measure in at eleven inches.

These are typically used for lighting stoves, fireplaces, grills and the like. I have never carried these on me and don’t really consider them when preparing for survival purposes.

There are basically two different kinds of wood matches. Ones that require a specific striking surface, like that found on the side of their box. These are referred to as safety matches. The other kind are strike anywhere matches. Strike anywhere matches have all of the components necessary for ignition located in the head of the match. This allows them to be ignited by using other surfaces for striking. This can be a great option if the provided striker surface has become unusable. However it is important to note that not every surface will ignite these. I have used strike anywhere matches a ton and have found many surfaces that will work. This includes the “thumbnail” trick, though this takes a bit of practice.

Burn time is an important consideration, especially in a survival situation where supplies are limited. The longer the burn time the more likely it will be that you can get a fire going. There are many different brands out and depending on the design of the match, this can vary quite a bit.

How the environment will affect the match, its performance and how the individual can use the match is something else that should be considered. Let’s take old fashioned paper matches for example. They are unusable when wet, they are not very wind resistant, and because of their small size I find them extremely difficult to use while wearing gloves or if my hands are cold.

Pros and Cons of Matches

With all of that in mind, here is our list of the best survival matches to use in a survival situation. They are listed in no particular order. 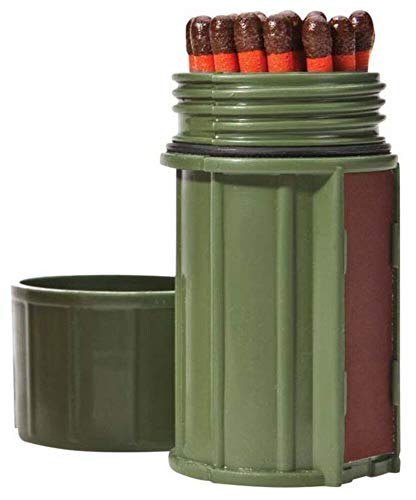 I was introduced to these stormproof matches years ago and they have been my go-to match ever since. They are a wood match but with notable features. A longer wood body provides for more burn time as well as extra safety by keeping your fingers away from the flame. The matches come wrapped in plastic inside a cardboard box with a striker on the side. Additional strikers are included. Most notable about these is that they are completely stormproof. Once ignited, they will keep burning no matter the windspeed or how much it is raining. They will even burn underwater! 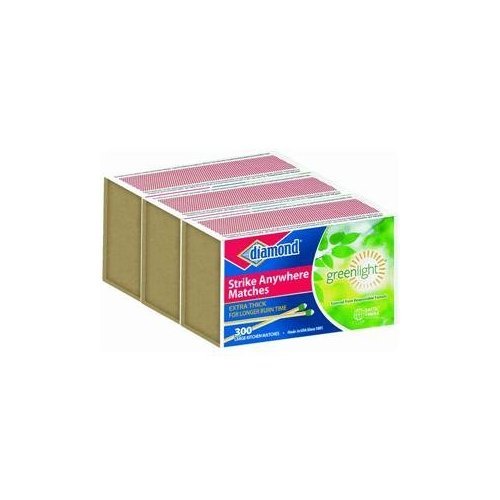 Right off the bat, these are not specifically advertised for survival use. But because they are strike anywhere matches and incredibly cheap vs the amount you get, I have carried these around in packs for years. They are an average sized wood match with a striking head. One problem I have run into with these is that not all of the match heads are equally coated. In fact, some of them don’t have a match head at all. The matches that are not properly coated are still perfectly usable against the striking surface of the box but they don’t fall into the category of strike anywhere. 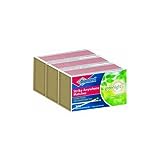 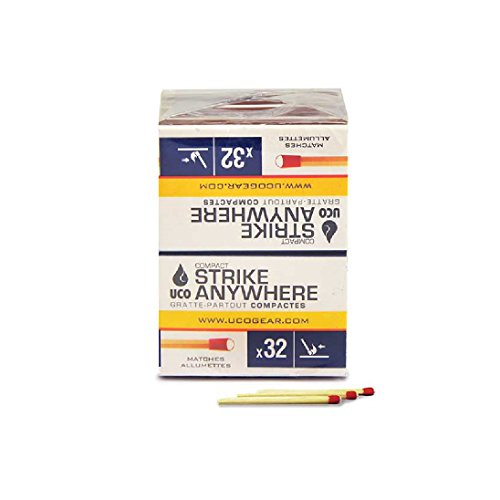 These strike anywhere penny matches are different from the Diamond brand listed above as they come in a more compact, pocket sized box. Featuring a wood body these matches are advertised to be able to be struck on different surfaces other than the match box. Roughly 32 matches per box. 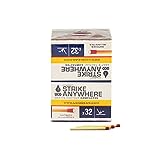 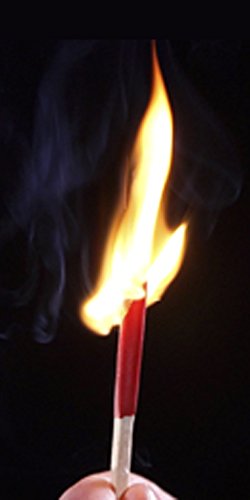 Features a larger, bolder design than most matches. These matches can stand up to almost anything that is thrown at them. Once lit they are windproof, and water won’t even put them out. With an extended overall length of four inches this match provides for a longer burn time of almost thirty seconds. 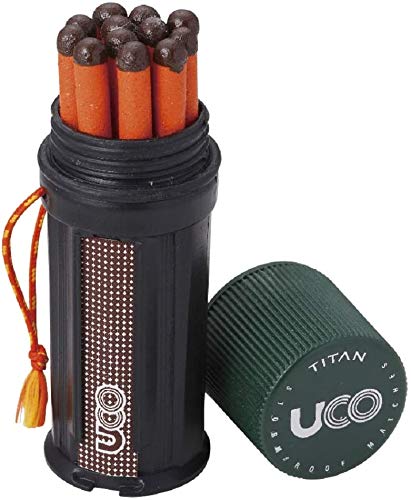 Coming in at 4.125 inches long, a Titan match certainly stands up its name. Probably one of the largest survival matches available, these matches are not only wind and water proof but boast a long twenty-five second burn time.

I know at the beginning of the article I said that I didn’t really consider the longer matches for survival prep. But I can see these being carried by many outdoorspeople as they are not as long as regular fireplace matches. I wanted to add them to the list because in my opinion UCO makes a darn good match. These matches measure in at 3.75 inches and are advertised as having a sixty second burn time. That being attributed to the burning of the entire length of the wood body and not the match head. Although this burn time doesn’t seem to be equal among users.

When time is of the essence and you need a fire now, our choice as the best survival matches are UCO Stormproof Matches. Due to their affordability, performance, and size I will continue to carry these matches into the foreseeable future in my bug out bag.

As always, feel free to leave a comment below and stay warm!

Bryan grew up in the Midwest and spent every waking moment outdoors. Learning how to hunt, fish, read the land, and be self-reliant was part of everyday life. Eventually, he combined his passions for the outdoors, emergency preparedness, and writing. His goal was to spread positive information about this field. In 2019, Bryan authored the book Swiss Army Knife Camping and Outdoor Survival Guide. His second book, Paracord Projects For Camping and Outdoor Survival, is scheduled to be released on March 2, 2021. Read more of Bryan's articles.