Weapons have been around throughout human history and they will always be around, there is just no way around it. When it comes to survival situations, whether they be in the wilderness or an urban setting, a weapon almost always becomes a necessity. Today, there are more weapons than ever to choose from but there are some weapons that will work in almost any situation. Let’s dive right in and see what some of those weapons are.

The knife is probably the one tool in this whole article that most people carry on their person in one way, shape, or form. Knives have been around for a long time and are still incredibly effective and versatile.

A few characteristics that draw people to knives are their affordability and diversity in designs to choose from. While their many different types of knives, they are usually lumped into two main categories, fixed blades, and pocket or folding knives.

Usually, a fixed blade knife will be larger and can withstand heavier-duty tasks but it may be more difficult to conceal. Whereas pocket knives tend to be smaller so that they are more convenient to carry and can be deployed quicker.

Tomahawks are smaller than an ax but larger than a hatchet. Generally, their handles are straight, skinny, and made of wood.

The head of a tomahawk usually has two different sides. One side is used for cutting or chopping and it resembles the chopping head of an ax. The opposite side can have different configurations such as a blunt, hammer-like design used for impact tasks, or a spike that can be used for digging or to puncture certain materials.

What makes a traditional tomahawk stand out over an ax or hatchet is that the head can be removed. This allows the head to be used like a hand tool separate from the handle and it allows for broken handles to be replaced easier and quicker.

Tomahawks are also known as throwing weapons and they can have a devastating effect when done so accurately. Caution should be used with any throwing weapon because you will be defenseless once it leaves your hands.

People sometimes like to lump machetes into the same category as knives because they do somewhat resemble one another and they both can be used for cutting.

However, machetes are quite a bit longer than the average knife and they are classified more as a light-duty chopping tool. The length of a machete gives the user more reach than a regular knife and this allows distance to be created between the user and the target.

Projectile weapons are usually devices that propel an object through the air towards an intended target although there is one weapon in this list where the entire weapon is used as the projectile.

Firearms are generally thought of as the best type of weapon to have because they are extremely effective, they require minimal physical effort to use, and they can be used for short, medium, or long-distance targets.

Firearms are a popular choice because they provide the user a significant advantage in any fight. As the old saying goes, “God created man but Sam Colt made them equal.”

These two options, though slightly different, are highly under-ratted tools. A slingshot is held in one hand and uses elastic bands to propel a projectile at an intended target.

A sling or rock sling on the other hand is composed of two pieces of cordage attached to a pouch. A projectile is placed into the pouch, and it is swung in a circular motion before being released.

Slingshots and slings are often thought of as primitive tools or even children’s toys. However, with the right materials, the right ammunition, and a lot of practice, they become formidable weapons in the right hands.

The bow and arrow is the classic projectile weapon that comes to most people’s minds when they think of this category of weapon. They have been around for quite some time and used all over the world with devastating effects.

There are a variety of sizes and designs to choose from with categories including longbows, recurve bows, crossbows, and compound bows. In more recent times another option has appeared and that is the survival bow. It operates much in the same way as other bows do but it has removable limbs and typically shoots takedown arrows. These two features make the survival bow much easier to store and carry.

A bow and arrow works great at short and medium distances but has the capability of being used for longer-range targets. A variety of tips can be made for the end of an arrow that will increase its effectiveness against different targets. From broadheads to barbed tips to incendiary tips, there are several options when it comes to bows and the arrows they shoot.

Spears are being placed under this category because they can be projectile weapons. A spear is a simple weapon that consists of a pole with one end being sharpened. Typically, it is used in a thrusting manner for penetration and to create punctures in a certain material.

Spears are a short-range weapon designed for when opponents are “face to face,” However, as previously mentioned that distance can be extended when the spear is thrown.

Spears are easy to make or improvise and the simplest version of one is nothing more than a wood pole with a pointed end.

Impact weapons are as basic as it gets because it only requires the item to be solid enough to create blunt force damage. Therefore, almost anything can be considered an impact weapon, although some tools are better suited for the task than others.

Impact weapons are simple but their effectiveness relies completely on physical strength. Be prepared when using impact weapons because they will force confrontations to be up close, personal, and gruesome.

Clubs are a simple impact weapon that has also been around for a long time. One end of the club, the business end, tends to be thicker or heavier while the rest of the club usually tapers into a skinner profile. This reduces the overall weight and allows the club to be more manageable without sacrificing its effectiveness. A club does create some distance between two parties, but it should be thought of as an extremely close quarters option.

These two modern-day tools can be used in the same manner that a club is used but they do have a few advantages. Most crowbars and hammers are metal which makes them heavy but also extremely durable. They are readily available and commonplace tools so purchasing or finding one shouldn’t be too much of an issue. Lastly, these two tools were designed with other tasks in mind, which makes them a versatile tool to have.

Whether you are on the offense or defense, a weapon will be needed to better protect yourself and your position. Weapons are no different than any other tool in that choosing the right one based on the circumstances at hand and your abilities, will greatly help in determining your success.

Thanks for reading and stay prepared. 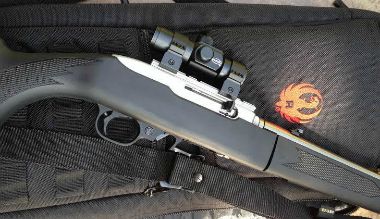